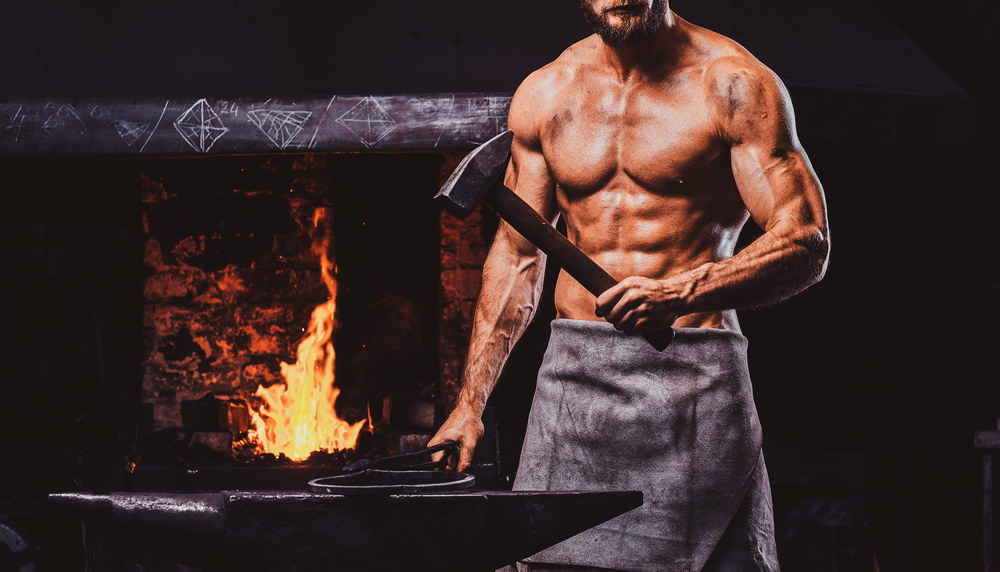 Choose the Best Steel for Your Sword

Choosing the right steel for your samurai sword is the most important part of the process.

The steel is the heart of the sword. It conditions what you can use your sword for and how much it will withstand different kinds of damage.

Back in feudal Japan, there was only one type of steel available: Tamahagane, the legendary samurai steel used traditionally by Japanese blacksmiths.

Today, however, you have many types of steel to choose from.

Some are more flexible, Some can hold a very sharp edge for longer, Some have better shock absorption.

That’s why; before you order your new, battle-ready samurai sword, you might want to spend some time considering what steel suits you best.

What’s the Best Steel for Katana and Other Samurai Swords?

If you’re wondering what the best steel for your sword is, then this is your section.

When it comes to samurai swords, there’s not a single “best” steel. It’s always boils down to a balance between hardness and flexibility.

On the other hand, more flexibility implies that your swords will be able to withstand all kinds of blows without problem.

There are, however, ways to mix these two kinds of properties in the same swords. 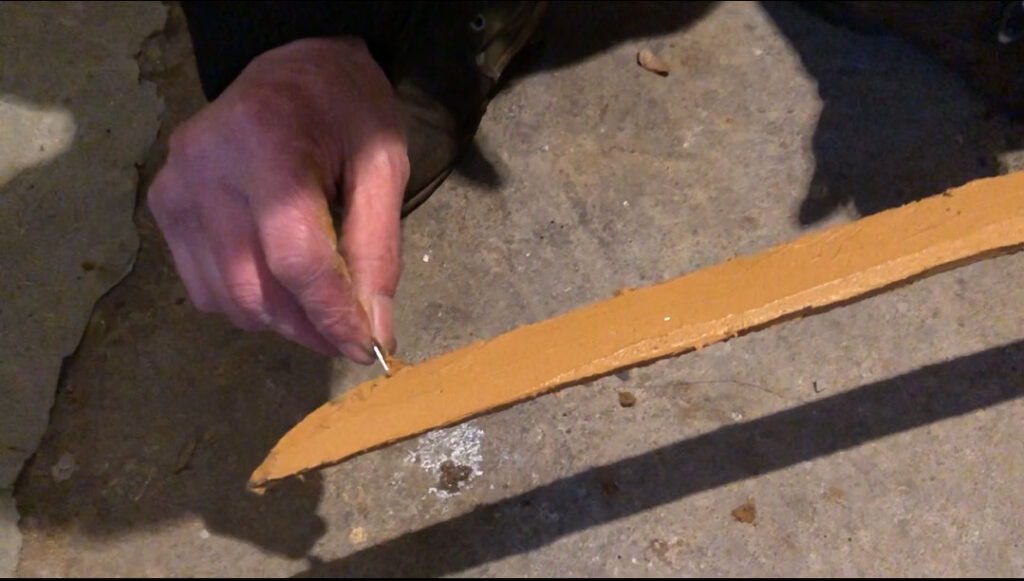 The Clay Tempering process is exactly for that. It allows the swords to keep a hard and a very sharp cutting edge for longer, while it makes the spine of the sword more flexible and shock absorbent.

However, this treatment is only possible for High Carbon Steel blades and T10 Steel blades.

We’ll talk more about the Clay Tempering process below.

First, let’s take a look at the different steels available and their unique qualities.

Types of Steel for Samurai Swords

There are 4 main different types of steel used for functional samurai blades.
Here we’ll explore the pros and cons of each one, and differences between them.

High Carbon is the most conventional type of steel used for samurai swords. There are different numbers for high carbon steel blades. These numbers represent the % of carbon content in it. Thus, a 1060 Carbon Steel Blade will have a 0.60% of carbon.

Its hardness comes from the amount of carbon content in it. This means that the higher the number, the hardest it is. For example, 1095 is harder than 1060.

Now, let’s take a look at the carbon steel blade we offer and its advantages:

This is one of the most recommended steels for samurai swords, both because to its durability and strength. The T10, also known as High Speed Steel, is an alloy steel that has a tiny percentage of tungsten in it.

The tungsten alloy makes the blade more resistant to blows and corrosion. Since the amount is so little, however, it will not make the blade that “rubber” structure as it happens with Spring Steel. In resume, T10 Steel makes strong, hard blades. It’s suitable for all kinds of test targets, such as bamboo, tatami, tree branches, etc.

It is also candidate for Clay Tempering, which gives blades made of it more shock absorption. T10 Steel blades can also hold an ultra-sharp edge, which makes it as sharp as a razor blade— ideal for cutting soft objects with surgical precision.

Spring Steel blades are made for those warriors who flow like water. This is by far the most flexible type of steel for swords available in the market.

9260 Spring Steel has a 60% of carbon content and 2% of tungsten (which is a lot). This allows the blade to bend in the most dramatic ways and return to its original shape without a single crack.

How much can it bend? Well, most spring steel blades will bend up to 90° without problem. Blades made of spring steel are usually more resistant to blows. Also, they’re more forgiving when you deliver a bad hit.

Does it mean that they are indestructible? Not at all. So even though this type of steel is one of the most durable, you should try to avoid hitting hard objects such as steel. 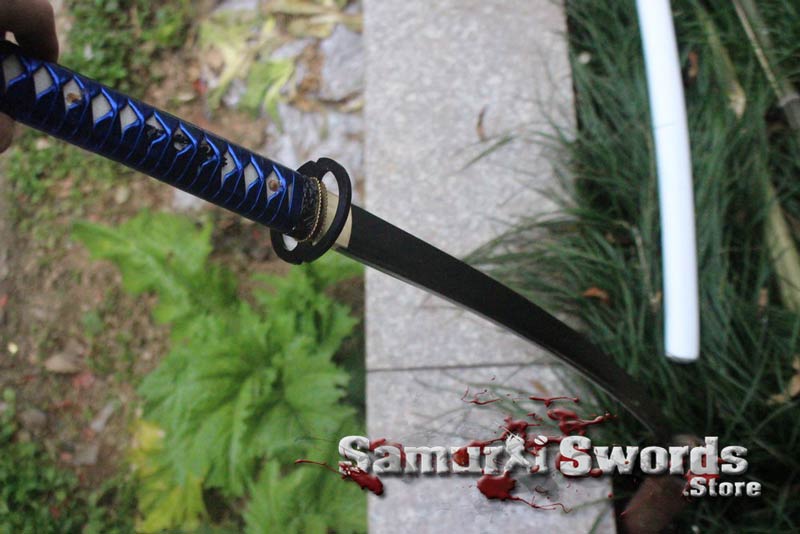 Blades made out of Tamahagane, also known as gem steel, are not only very strong blades, but also a piece of history.

Tamahagane steel is quite rare. It was the steel that Japanese blacksmith used to create samurai swords for centuries. Tamahagane can only be made out of iron sand, which is hard to get and requires a lot of processing to be turned into steel.

It’s a strong and reliable steel, made for the battleground. All the swords of the most famous samurais you’ve heard of — for Musashi to Masamune — were made of Tamahagane.

That’s why, when we talk about Tamahagane, we’re talking about a piece of history.

Well, fortunately, ingenious Japanese blacksmith solved this problem a long time ago. The clay tempering is a process that consists on covering the blade’s body with a special clay during the forging process.

The part of the blade covered by clay becomes more flexible than the uncovered part. This allows the body to resist better all kinds of blows thanks to more shock absorption, while the border becomes hard enough to keep a very sharp cutting edge.

So, should you request clay tempering whenever you can?

If you’re going for a T10 or a 1095 Carbon Steel, having your sword clay tempered will make it very strong and resistant. The clay tempering is also responsible for those wavy patterns that run throughout the edge, known as “Hamon”. 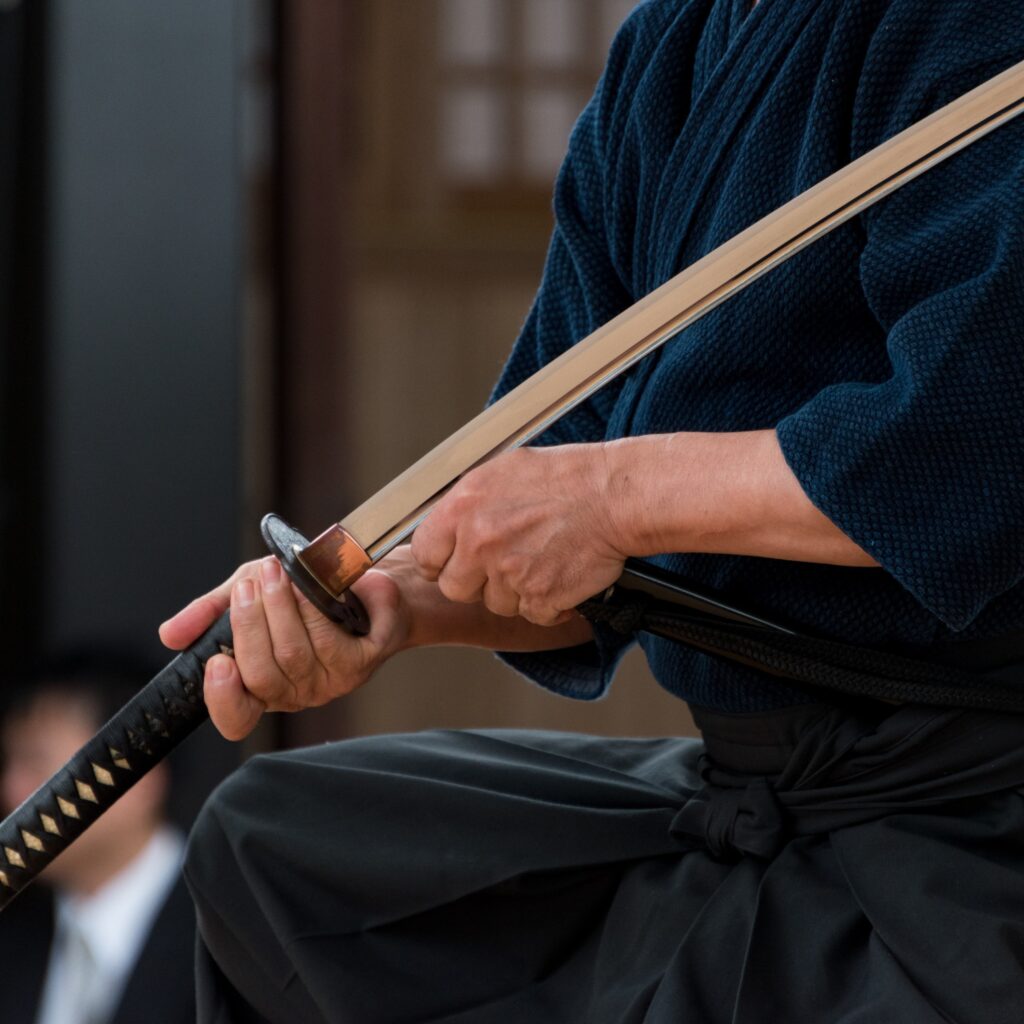 There’s another process that’s commonly used for samurai swords, and that is folding.

When you order a folded blade, the blacksmith folds it about a dozen times when forging it. This gives the blade a unique pattern of wavy lines known as Hada.

The Hada is the sword’s fingerprint.

It makes it unique and enhances its beauty.

However, this process is only aesthetic and it doesn’t affect the sword’s functionality at all.

There’s a common misconception that says that katanas and other samurai swords are folded thousands of times to make them strong. This is obviously not true.

You see, when you fold steel only once, you end up with one layer.

The second time you fold it, you have two layers.

The third time, however, you won’t have three layers, but four.

This is called exponential growth. And by the moment the blacksmith folds it a dozen times, the steel ends up having about a thousand layers. 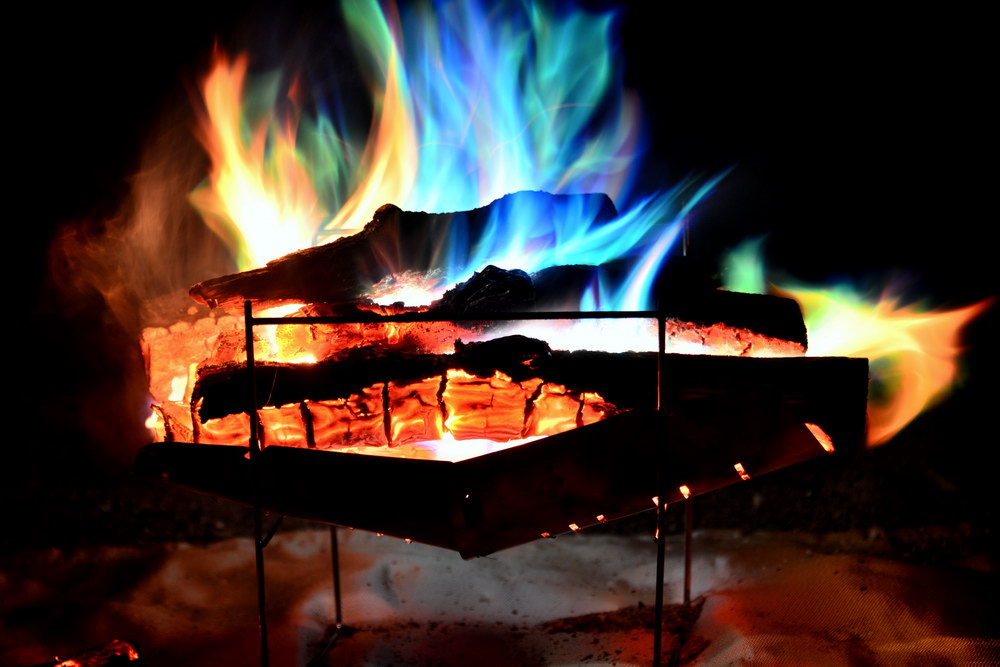 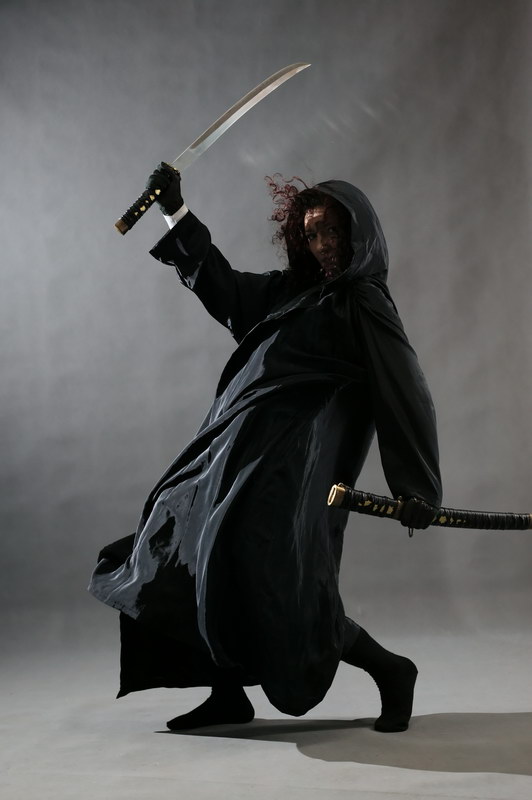 The One Steel That You Should Never Pick

So, we’ve already seen all the types of steel you can choose from when ordering a samurai swords from our shop.

However if you are thinking of dealing with another store, there’s particularly one type of steel that you should avoid at all costs: stainless steel.

We don’t offer stainless steel in our store, but many stores out there are selling swords made of this material.

What’s the problem with stainless steel? Aren’t most of the knives in the world made of it?

Well, that’s exactly the point. Stainless steel is only good when you use it for short things, such as knives or cookware.

However, when you use stainless steel in larger objects such as swords, it becomes extremely prone to break.

That’s why, katanas made of stainless steel are little more than wall hangers.